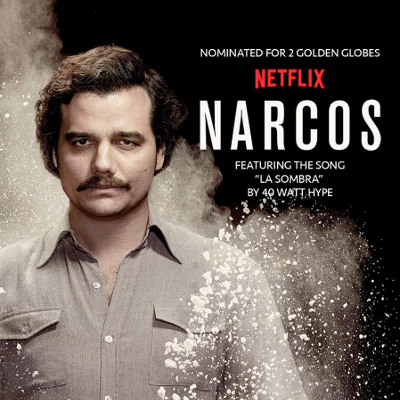 As the band celebrates its quincenera, 40 Watt Hype, the latin jazz/soul/funk group from Central California, has been chosen to be featured in the Netflix original, Narcos.

The show, which premiered in 2015 on the movie and television show-streaming service, is about to enter its second season. 40 Watt Hype's track "La Sombra" can be heard playing during the premiere trailer for the upcoming season.

The song, originally released on the album "Grand Unification Theory (Vol. 4)", is available for digital download from the band's official Website at 40watthype.net. Listen to a sample of the audio track here:

"We love the show so it was a great honor to hear our track was going to be part of the series," said frontman Awall.